Invest in your wellbeing,
Secure your life.

Good control of Diabetes can mean the difference between a long fulfilling, quality life, or one of serious illness and complications.

Our Diabetic Life Insurance product is not just for those who carry on without you, it has been specifically created for you too.

We understand the many challenges related to securing quality, affordable life cover for people living with diabetes. It’s one of the reasons why we have partnered with Guidepost to design an insurance solution that provides you with a means to proactively manage your HbA1c levels and by doing so, obtain life insurance cover at a competitive rate.

Diabetic Life is ground-breaking in that it is the only insurance product that embeds a comprehensive and scientifically proven diabetes management programme into the policy benefits, at no additional cost. All you have to do is participate in the programme to keep cover in place, which in turn helps you to improve your diabetes control over the long term and in doing so, you get to maintain market related life-insurance premiums and better cover. Good control of diabetes can mean the difference between a long, fulfilling, quality life, or one of serious illness and complications. With Diabetic Life and Guidepost, you get to choose good control and a healthier, fulfilling quality of life. Who says life cover’s real value only occurs when you’re no longer around!

WHAT YOU NEED TO KNOW

Based on the quoted premium, if you wish to continue the journey with us and obtain a formal quotation, you will be required to undergo medical underwriting. What this means: depending on your age at application and the amount of cover you select, the underwriting requirements differ. We have partnered with PathCare and Lancet to make this process as seamless as possible.
1) You will receive feedback on the medical tests required.
2) You may use Pathcare or Lancet.
3) We may require a doctor's involvement, but all requirements will be clearly communicated to you.

Guidepost will contact you to begin the journey with them (note: participation in the programme is a mandatory condition of the policy and failure to enrol results in termination of the policy). 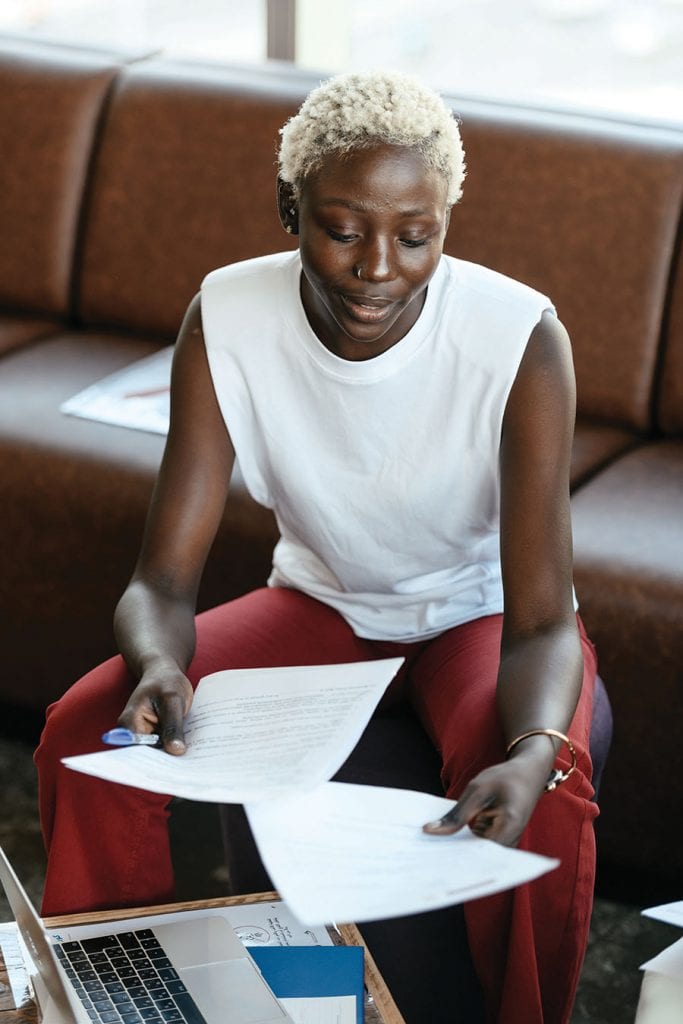 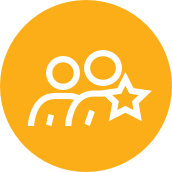 YOUR COACH, YOUR JOURNEY.

You and your dedicated diabetes coach will walk a journey of progressive improvement through a series of individualised tele-consultations. Managing diabetes is hard and having an expert who cares about you every step of the way is the best approach to making lasting improvements. 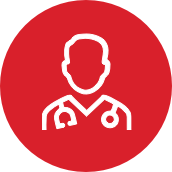 WORK THE PROGRAMME.
SEE THE CHANGE.

Making change happen is difficult but people who join Guidepost and actively participate in the programme are able to substantially reduce their HbA1c, go to hospital less frequently and live longer, healthier lives. 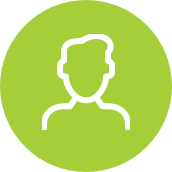 Guidepost has helped thousands of people with diabetes in South Africa to master their condition. The Guidepost team of experts includes nurses, dietitians, doctors and scientists who create the tools and techniques you’ll be using on your own personal journey to improvement.

I can’t even explain how much this programme has changed my life & family's life for the better. I learnt a lot of things I didn't know. Since being on the programme my sugar levels have improved, I am now healthy, happy, and enjoying life. I now understand that I don't have to cook my own separate food from my family, but can also enjoy what they eat the correct way and no longer get sick every time. Please continue the great work you do, and help others out there like me.
Thandiwe Nhlengethwa
Guidepost member

Living with diabetes can be hard. The Guidepost programme, included with your insurance, has helped thousands of people to master their condition. You will have regular discussions with your coach over the phone or video call, at times that are convenient to you. You will need to test your blood glucose in the days before your consult and provide that information to your coach so that they can tailor the discussion to your needs. Guidepost’s coaches are trained and ready to support you in all the areas that influence your diabetes management, helping you to understand the changes you could make and how to make those changes work for you as your situation changes over time.

You will also need to get your HbA1c lab test done once a year and provide the result to Guidepost.

TOGETHER WE CAN CONQUER THIS SILENT KILLER! 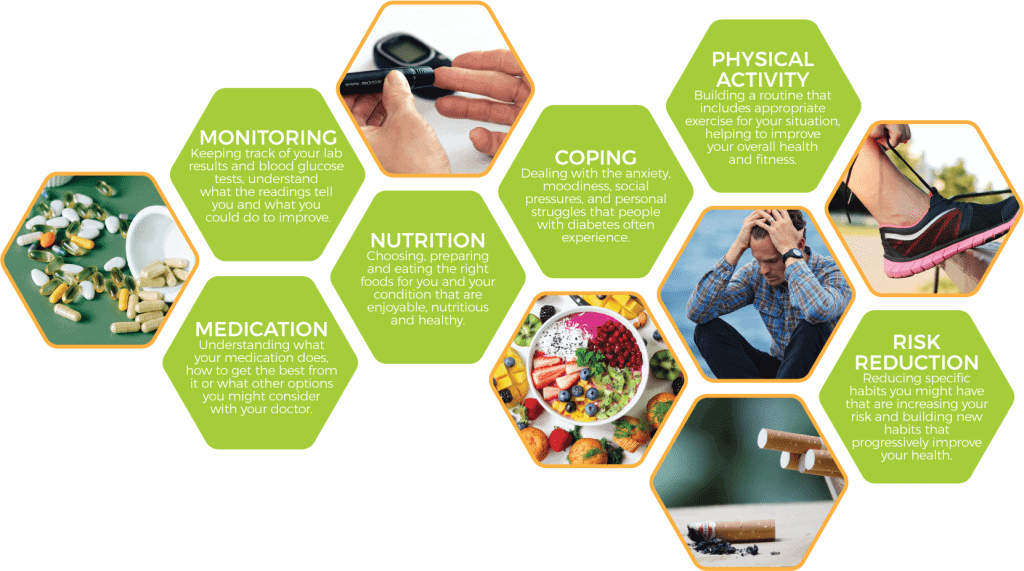 Age, as premiums are age-rated

By what percentage will the actual cover amount increase annually when premium increases are applied?

Cover amount remains flat, unless increased by the policyholder specifically. The premiums increase due to age-rating.

Yes, it is re-rated at the policy’s anniversary.

Clients are individually loaded based on their Underwriting result. There is no automatic or minimum loading. Swiss Re has restrictions on the maximum loading that we are able to write i.e., if the client’s loading exceeds a certain threshold, we will unfortunately need to decline.

After how many missed premiums will the policy lapse, and can it be reinstated within a nominated period of time?

You generally have 15 days post first missed premium to bring your policy up to speed. If the policy lapses, the insurer reserves the right to reinstate the policy at the last premium paid level / adjust premium / decline to reinstate.

Premiums should be competitive, particularly where you take into account that the policy includes the benefits of the Guidepost programme which other insurers do not. Because of the loading cap, where premiums are very heavy, we would end up declining as the loading would in those instances be above the permitted maximum.

Will this policy pay out for accidental death or death as a result of a pre-existing condition? Do we need a letter stating cause of death linked to diabetes from the coroner/treating physician?

The policy pays out for both accidental death and natural causes. Pre-existing conditions need to be disclosed as part of the underwriting process. If, for example, the client had a pre-existing heart condition (whether diabetes-related or not) and failed to disclose this, if they then died from a heart attack, the policy may not pay out. Guardrisk would assess the claim if under R2m for this and if above, Swiss Re would assess.

What is the HBA1C range?

People with HbA1c above 6.5% are considered to be diabetic. The target range for healthy diabetes management is usually at or below 7% but could be higher for specific individuals based on age, comorbidities and other factors (as per the South African guidelines). The target for people on the Sirago Diabetic Life policy is to keep their HbA1c at or below 8% to to maintain the monthly premium without any additional loadings on the Policy for the 12 months thereafter.

A waiting period of 3 (three) months starting from the Inception Date applies for Natural Death. During this period, an Insured Person is not covered for Natural Death and the occurrence of such Claim Event will result in no entitlement for any Policy Benefit. No Waiting Period will be imposed for Natural Death in instances where the Insured Person was covered on a similar Policy with an alternate insurer in the 31 (thirty-one) days before the Inception Date of this Policy, provided such Waiting Period on the similar Policy with the alternate insurer had already expired. The Waiting Period on this Policy will, in such an instance, be waived, provided this is a replacement Policy for the similar Policy held with the alternate insurer. Proof will be required in such instances confirming the alternate Policy remained cancelled failing which the full Waiting Period, as defined, will be applicable for the Insured Person on this Policy.

There is no Waiting Period applicable to Accidental Death.

The Insurer shall not be obliged to make any payment in respect (of any Claim) of any condition or event which is directly or indirectly caused by, arising from, contributed to by, aggravated by, connected with, traceable to or resulting from any of the following:

On the occurrence of a Claim Event, the Insured Person / Policyholder or Claimant must contact us on:

within 6 (six) months from the Claim Event date. The Insured Person / Policyholder or Claimant will have a further 6 (six) months in which to submit the required documentation for the Claim to be assessed and finalised.

Download Brochure Or
Apply Now
Open chat
Need Help?
Hello!
How can we help you?